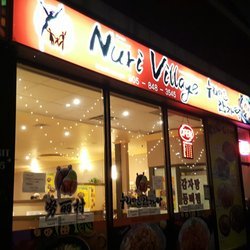 (This is not my photo, I borrowed this photo from Yelp. I don’t claim credit for this photo).

My daughter and I have been eating at a ‘new’ Korean local joint close to us called Nuri Village, at the corner of Burnhamthorpe and Central Parkway.

We normally go to Song Cook, but thats getting boring going there all the time, and Nuri Village is much closer to us, and open late night. We recognize one of the ladies from Song Cook working here now as well.

Its also much more convenient, less busy, and looks nicer than Owl of Minerva.

First I’ll do my duty and post an interior shot of the restaurant.. see, much nicer ambience than Owl of Minvera. 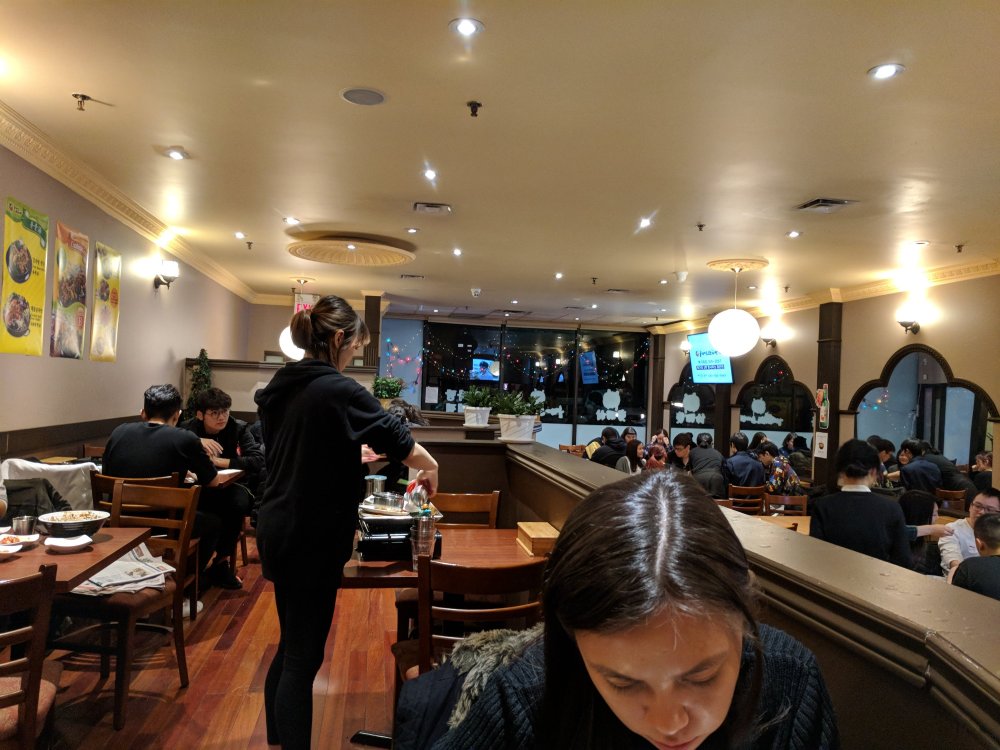 I’m just going to post the photos of my food; don’t ask me what the Korean name is, I’ll just describe the dish. Hopefully you can recognize it on Nuri Village’s menu.

We started with the banchan, and ordered cream corn with cheese. (I am guessing Koreans love cheese because Nuri Village had cheese on lots of menu items. I didn’t like the cheese). 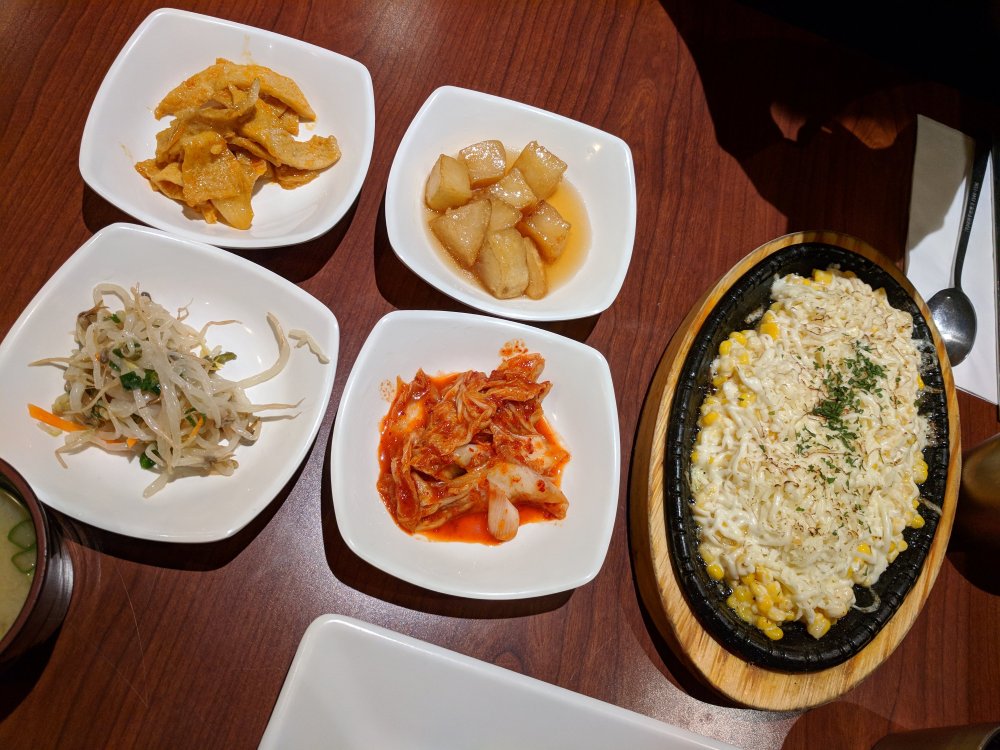 This is just Bulgogi with rice and an egg. (Egg wasn’t cooked enough). 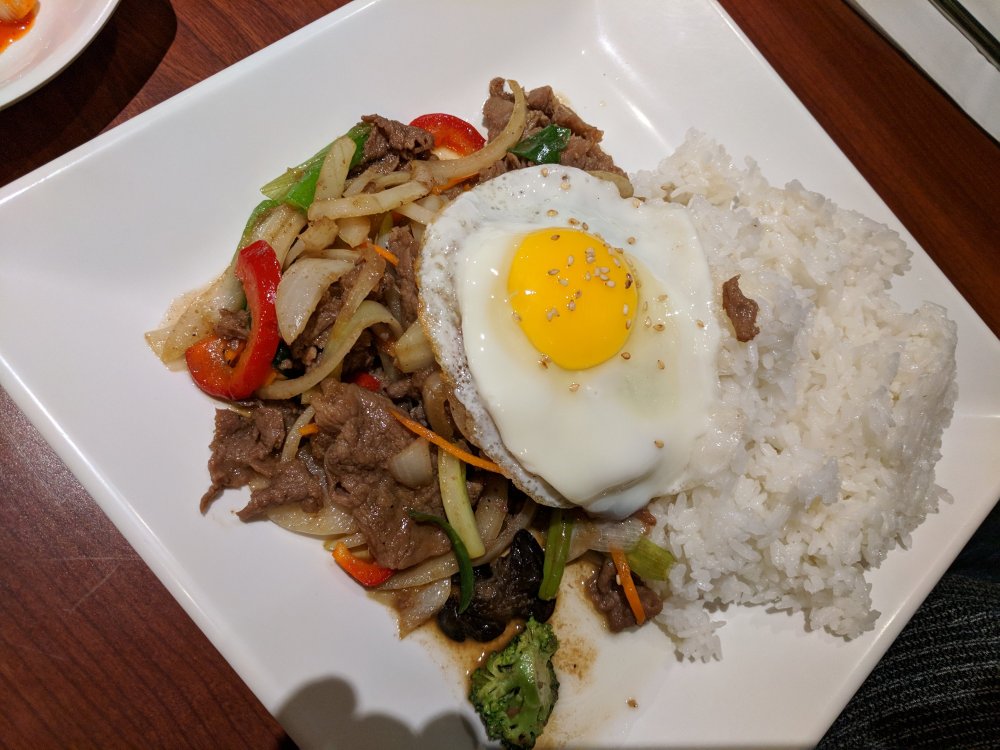 This is a bubbling Bulgogi soup. Had the sweet taste, I’m not really a fan of sweetness in my hot food. I prefer savoury foods. 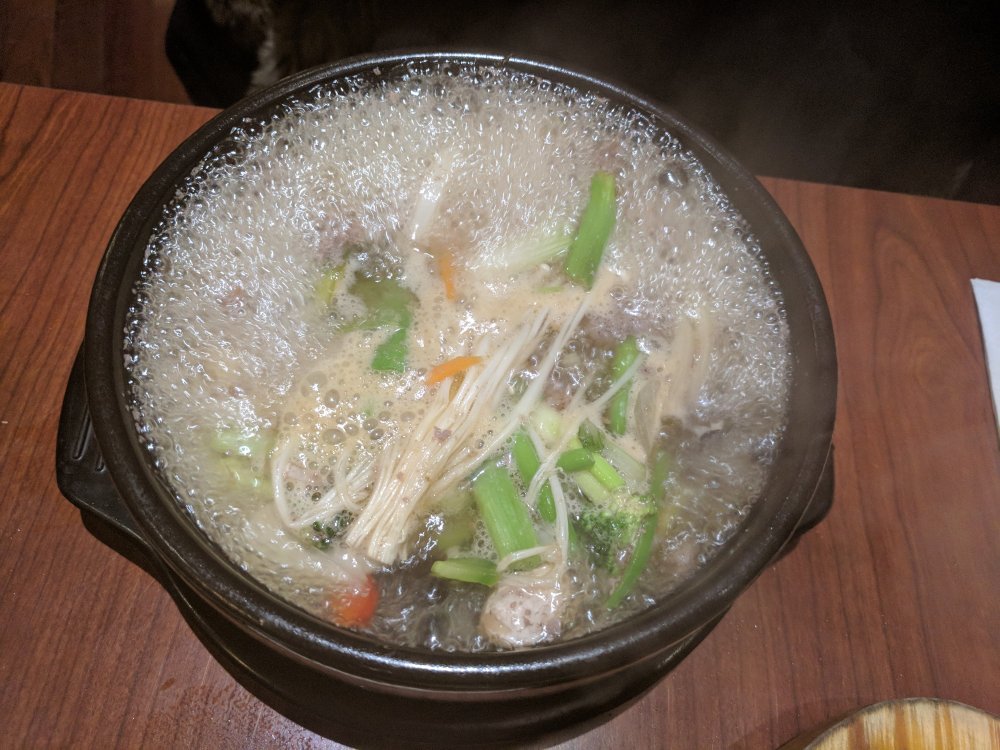 I can’t remember what this hot pot is called. It contained ramen, hotdogs, spam, etc. We saw the table beside us order it last time so wanted to try it. I hated that process cheese slice (like I said, Nuri put cheese on alot of their dishes; Koreans love this?). I got annoyed of eating this hot pot after a bit; was very salty after awhile. 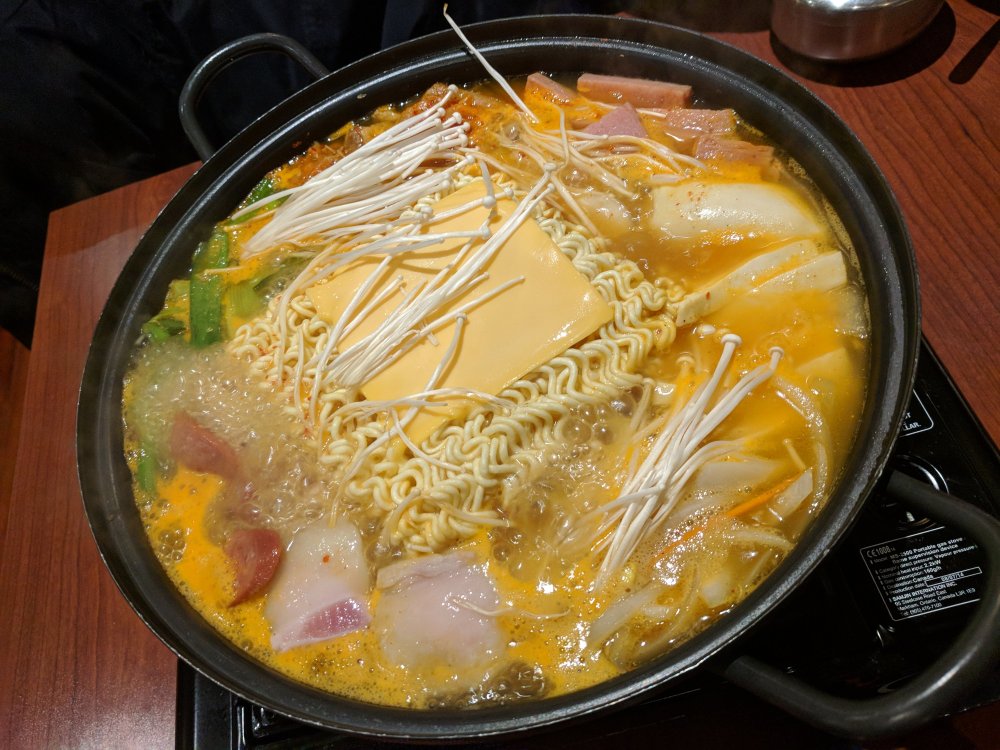 Kimchi cheese fried rice! They must’ve used a whole bag of cheese! The rice was good, but the cheese got annoying. 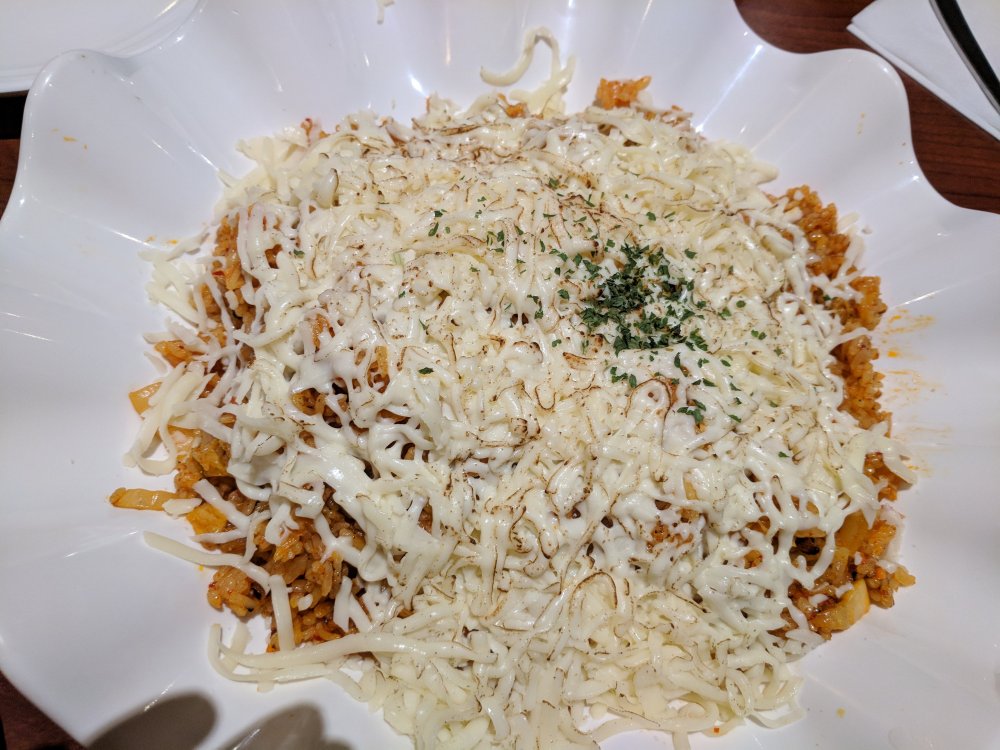 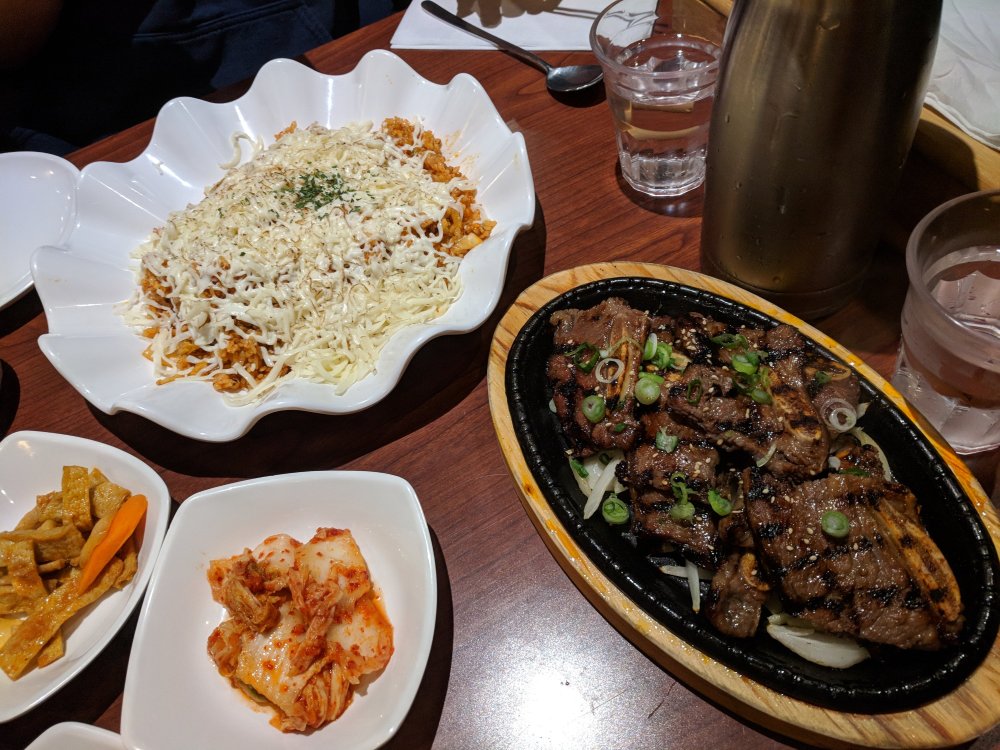 Some seafood soup with homemade noodles. This dish was huge and loaded with noodles. I had to bring it home. Flavour a bit bland and was salty after a bit. But I would order this again and share with someone else. 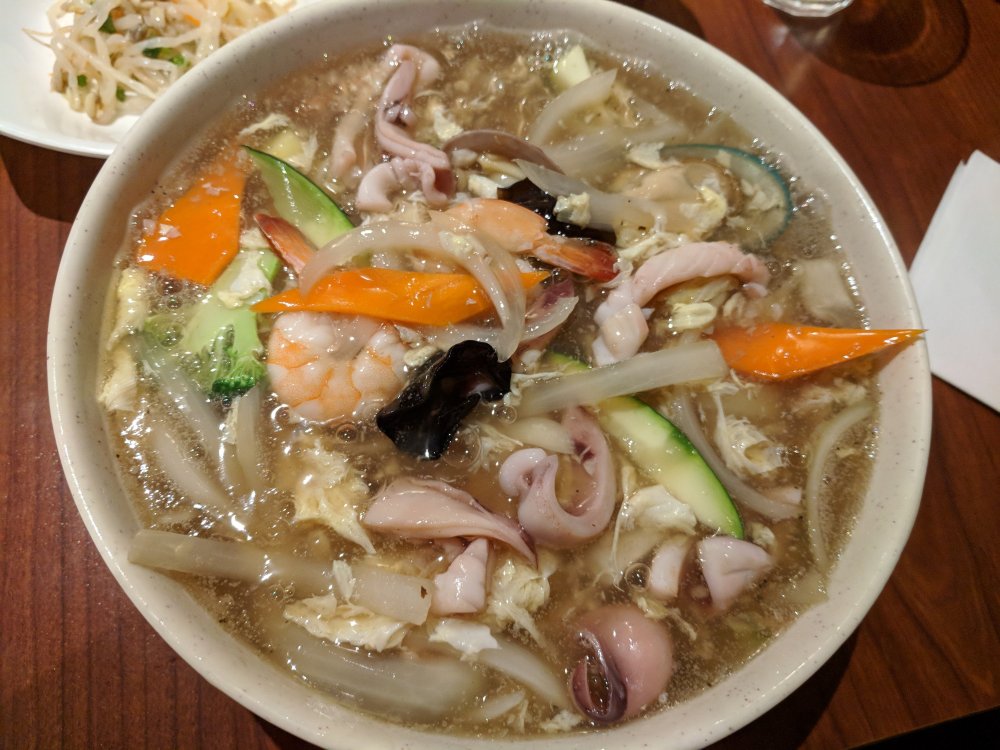 Lastly, Unagi. I think this is new on the menu. I didn’t try it so can’t comment on the flavour. But we received a very nice sized portion of fish and rice. 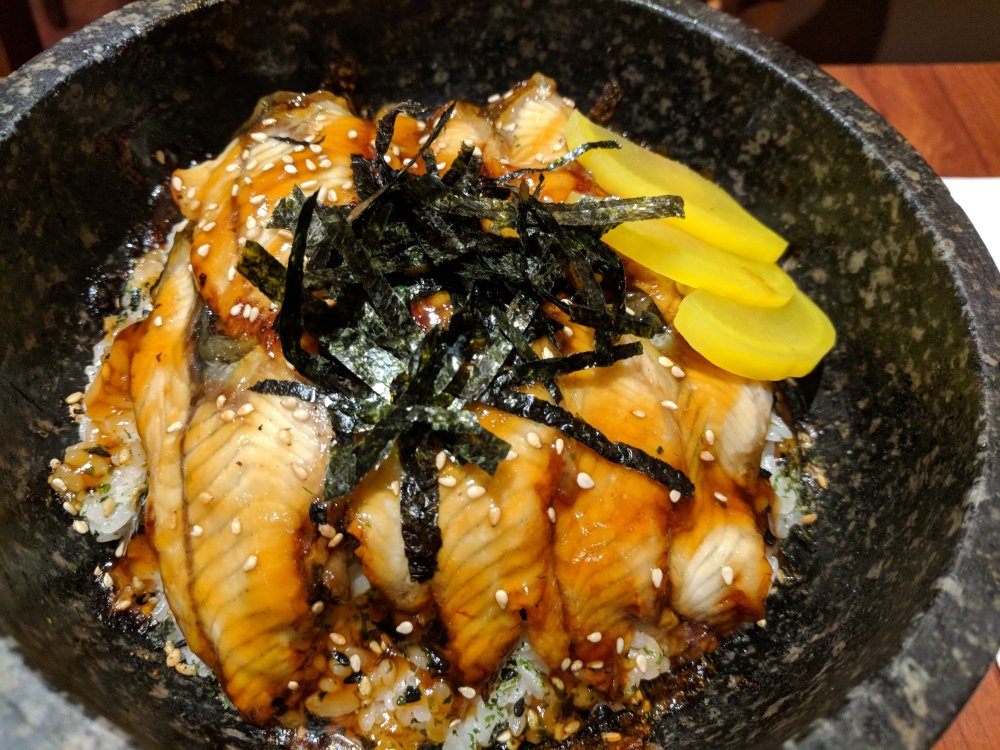