Oliver & Bonacini has decided to make their presence in the West end, by opening Beaumont Kitchen inside the new Saks Fifth Avenue at Sherway Gardens.  We have decided to pay it a visit.

Firstly, because Saks is brand new at Sherway, Beaumont Kitchen has been giving away free appies!  Yesterday, we tried a toast with guacamole and shrimp paste, which was so yummy.  I didn’t take a picture.  Today, we went back to Sherway and lucked out in trying a smoked salmon wrapped around a bread stick.  I did take a photo this time. 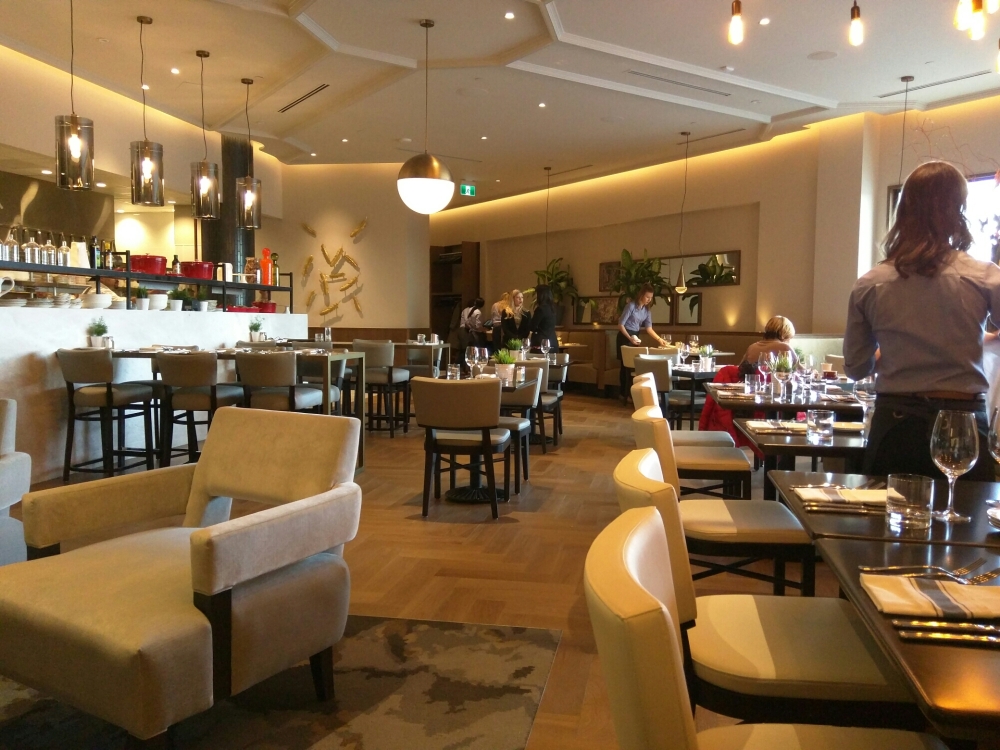 So we entered Beaumont Kitchen inside Saks Fifth Avenue.  My first impression was it didn’t feel upscale at all, quite bland and no atmosphere. The restaurant was one open space with tables and lounges placed in their respective spaces.  To be honest, it felt like a department store restaurant…

My daughter noticed certain decor elements seemed identical to whats sold at Ikea stores, such as the cloth napkins and little plant pots at each table… Kind of tacky for an upscale restaurant?

We started with an appetizer, Yellowfin Tuna Tartare for $19.  It was really small – five thin pieces of taro chips with a couple of scoops of the tuna and watermelon mixture.  There was more watermelon than tuna… It tasted good tho, but overpriced. 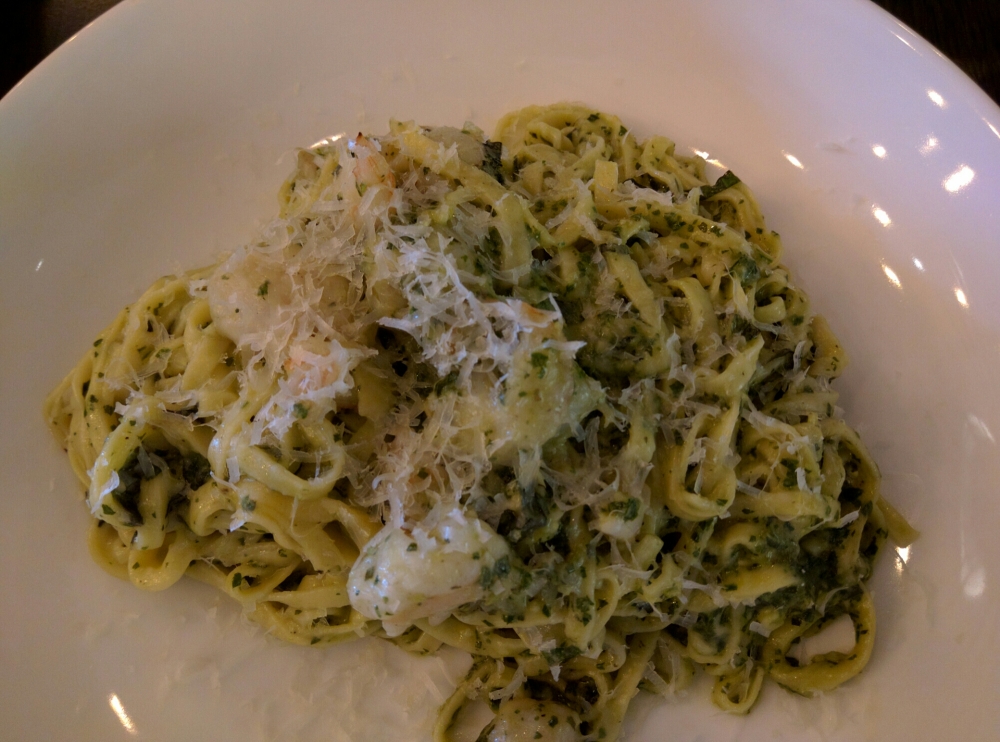 Next were our entrees.  First was the Linguine with seafood in pesto for $19.  The noodles were freshly made and soft texture.  The seafood consisted of a couple of small shrimp and a bit of mini scallops; so the seafood was a very small amount.  The pasta was smothered in pesto sauce.  What is that flavour in it – parsley?  I felt the flavour of the pesto was not smooth, in fact kind of strong. I also felt it was a bit salty.

Here comes my main course, which was the special of the day – Beef Tenderloin with smashed parsnip and potato, and onion rings!  LOL,  the presentation was a bit…strange… Don’t you think??  I’m wondering if the chef did this on purpose??  It was funny.  Anyhow, my medium beef tenderloin was delicious and cooked to perfection.  The serving was small, 8 oz max?  The rapini was a nice veggie choice on my plate, I like the slight bite to it.  I didn’t like the bitter tasting yellow sauce on my plate; I forgot to ask the waitress what it was.  I didn’t like the onion rings, which I thought didn’t quite fit in with everything else and which the presentation was so laughable.  Maybe for $35 dollars they added all these inexpensive fillers in place of a bigger piece of beef tenderloin. After I was finished my meal I felt really thirsty.

So, we spent $93 including tax and tip.  I didn’t think it was worth it, I was still hungry when we left the restaurant.  I’m not regretting trying out Beaumont Kitchen, but I don’t think I will go there again.  It will do well though because it’s an O&B restaurant.