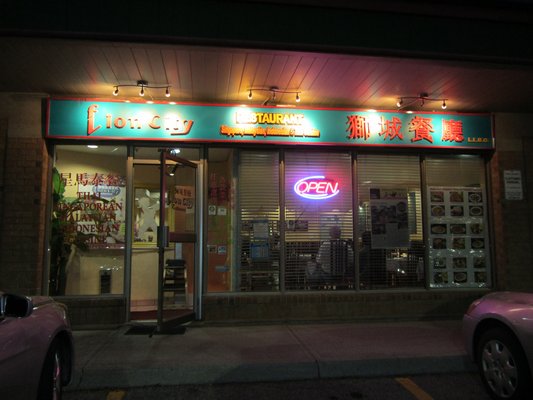 After all these years in Mississauga, I finally bit the bullet and visited Lion City Restaurant for dinner. In particular, I was hoping to eat Singapore Chili Crab at this South Asian Restaurant; Lion City Restaurant is basically the only restaurant close to me that serves this rare dish. The reason I was so hesitant in visiting Lion City earlier was because I read some mediocre reviews on the internet; and every time I drove by the restaurant it never looked appealing to me. Yesterday, I decided to look over the reviews again and this time I noticed a whole slew of good reviews spread over a span of a couple of years. So we decided to eat some authentic South Asian cuisine tonight… My daughter enjoyed our first visit, but I was let down….

We discovered that because dungeness crab is so expensive, Lion City needs the customer to pre-order Chili Crab with advance notice. The restaurant doesn’t keep this crab in stock which makes a lot of sense. So, this was where I was disappointed as I was so looking forward to this delicious meal. (The other times I had chili crab was at Fatty Crab in NYC, and at Restoran Malaysia in Richmond Hill). We will pre-order next time we decide to visit.

So we scanned the menu and decided to order Curry Chicken, Oyster Omelette, Roti Canai, and steamed rice. Based on the amazing reviews on Yelp, I was expecting something very amazing. I was also disappointed here too. Heres my rundown on each dish: 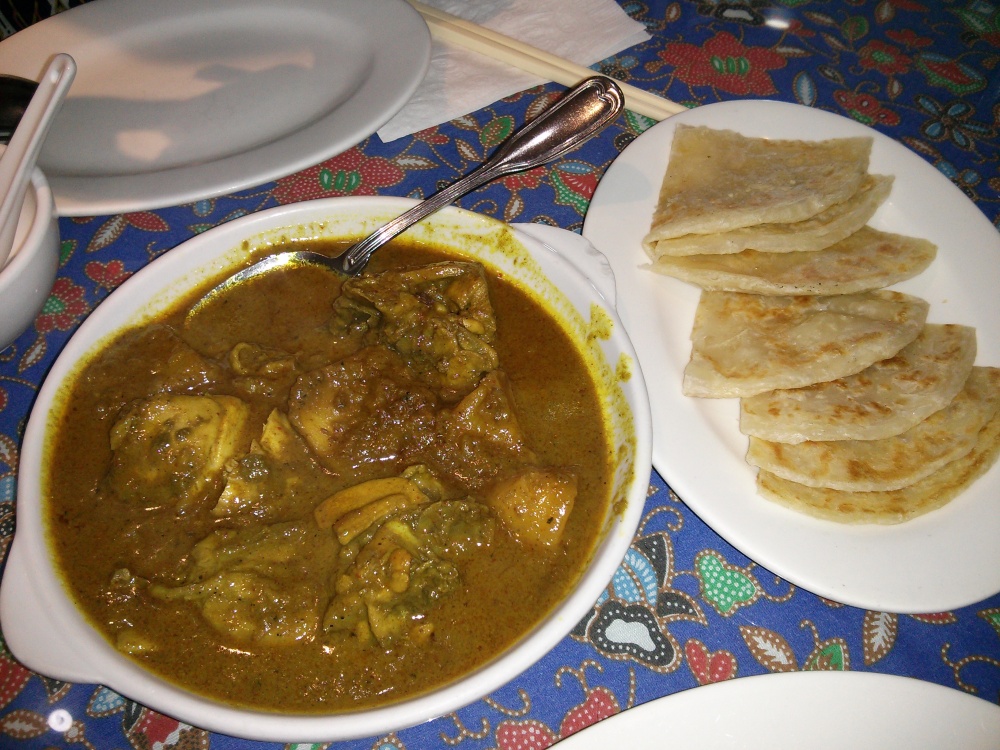 Roti Canai – I wasn’t too crazy about it. We ordered two orders of this roti and the serving was quite small and then quartered into small pieces. The texture was soft and doughy and a bit thick, and sort’ve had a sweet flavour. I was hoping it would be a bit more crispy such as the roti that’s offered at Suko Thai. The roti canai from Restoran Malaysia seems also more right where it was larger and we rip it apart with our hands…

Curry Chicken – The curry dish was sweet, and I could not taste the curry… There were a few pieces of boney chicken, and a couple of cubes of potato. I tried dipping my roti into it, and then thought maybe adding the sauce to rice would improve the flavour…. I was not crazy about it.

Oyster Omelette – The oyster omelette was also a let down, based on the awesome food review on Yelp. The dish was just egg with with very wild tasting oysters (I am going to assume these are frozen oysters). There was something of a gel-like, colourless texture mixed in with the egg. No other seasoning were used in this dish except some hot sauce on the side. So this dish was just egg and oyster… nothing else…

I should’ve listened to my first instinct that Lion City Restaurant was more hype than it was delicious. I will pay this restaurant one more visit though – to test out the Singapore Chili Crab, which we will pre-order in advance.